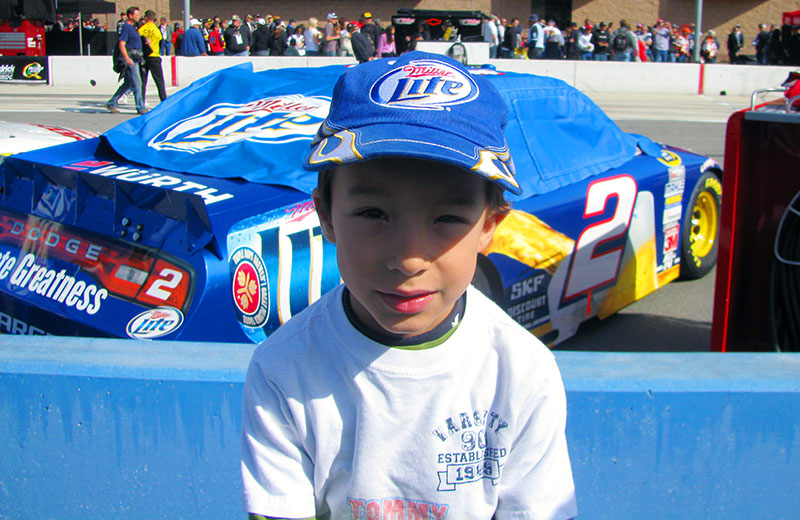 Racemats is the story of the passion of a little boy, Tommy, for NASCAR racing. As unbelievable as it may seem, the idea of building Racemats came from him as he was only 5 and a half year old! At the time, Tommy was playing imaginary Nascar races and championships with his 1/64 model cars around the living room every single day. Of course, the same usual suspects always won these races after unlikely, epic comebacks: Jimmie Johnson, Brad Keselowski (always Tommy's favorite even when he was still a rookie driver), Kyle and Kurt Busch, Dale Earnhardt Jr, Kevin Harvick, Carl Edwards. This was back in 2010.

After listening Tommy commenting these races so many times - it really sounded like a professional commentary :) - I suggested to him that he needed to give a chance to the other drivers as well, otherwise they would all end up quitting, lol.
That's how he came up with the idea of using dice to make the cars move along the tiles of the living room floor. But he soon realized that it was not really practical as the tiles were too big and the tiny cars got quickly spread out all around the house as some got luckier than others with the roll of the dice. The final blow came when I literally smashed his beloved very first Nascar car, Dale Earnhardt Jr #88, as I stepped on it coming out of the kitchen.

I obviously didn't think much of it, at least for a few days until Tommy told me that a racetrack for his cars was really the only gift he wanted for his next birthday. That led me to do a lot of research on the internet and in specialized game stores, but I simply couldn't find anything that was even remotely close to what he had in mind. So we sat down together in front of the computer, and over the next few days we came up with the design of what would become the first Tommy’s Superspeedway.

Tommy’s directions were incredibly clear from the start: he wanted a large oval racetrack with 4 lanes, pits, and car-size cells so he could play with dice if he wanted, including special cells that would provide boosts or slow down the cars.

It was such a huge hit with all the boys at Tommy’s birthday party that they all asked their parents to get one for them. At that point, I had actually never intended to produce more than one, let alone make it a business. But when I finally produced the next few ones for Tommy’s friends, it all started to sound like an evidence. All the boys loved it, it was taking them off their video games and TV and they had a real BLAST playing the game together!!

Tommy is now 12 and he is still playing with his racetrack more than any other game. I don’t think there has been a single day in the last 6 years when he did not play with his Racemat. I obviously “upgraded” him to the latest version when we devised a better design, more consistent special cells and a much higher production quality. The Racemat has now been part of our family for many years. We brought it along everywhere we went, from days at the beach to camping trips or travels abroad.

This has been an incredible journey. We have now sold together hundreds of times more Racemats than I thought would ever be possible, and even started to sell it internationally (Australia, Europe, Japan). The incredible feedback we have been receiving from kids and happy parents all over the world is what makes us the most proud. Tbhis is a work of love and we sure intend to spread it! More racetracks will become available in the next few weeks, due to popular demand. Stay tuned!

To all of you, from all of us at Racemats: Thank you and happy racing! 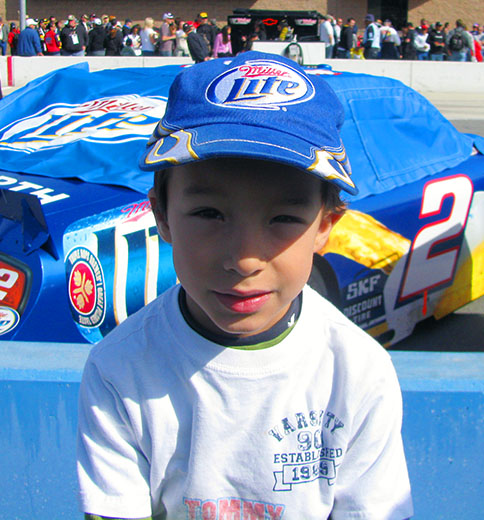 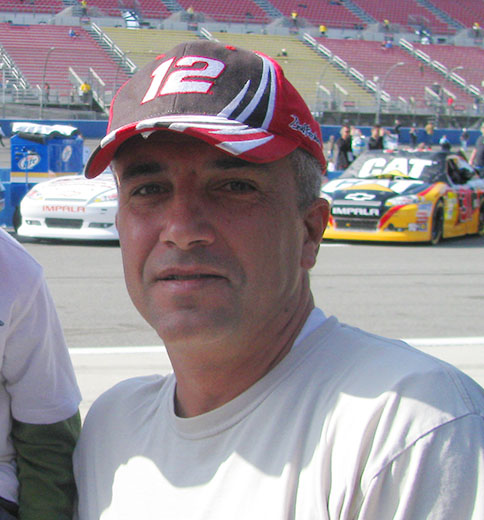 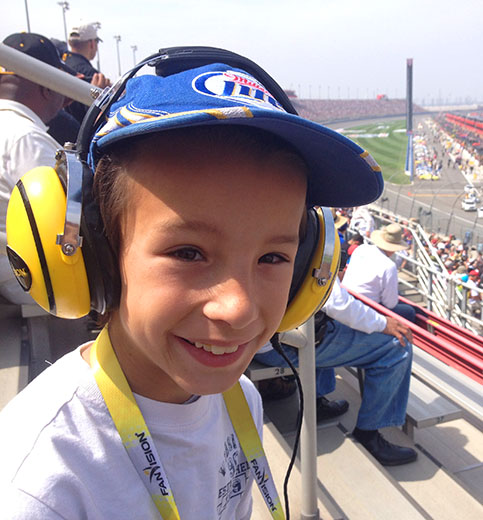 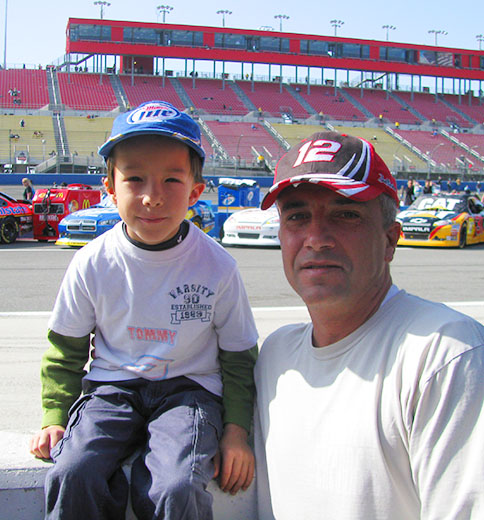 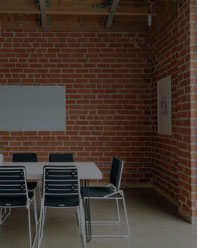 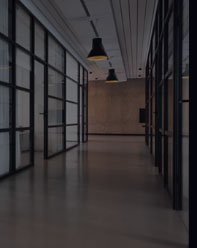 Tommy's Speedway is redesigned and gets a new name: Tommy's Superspeedway 500. Against all expectations, even adult gamers take interest in the game! 100 Racemats sold

We are now fulfilling orders internationally, in Australia, Japan and Europe! 1,000 Racemats sold. 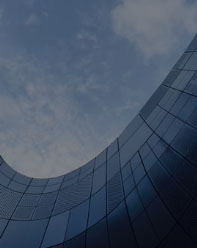 Finally, a new racetrack is produced: the Brickyard 400! The new design took a long time to figure out as many fans had requested a smaller racetrack (5' x 3'), which was challenging as the cars are still the same size. 5,000 Racemats sold.